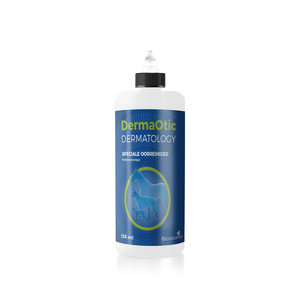 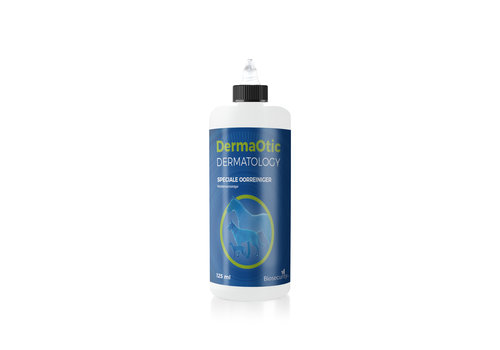 Earwax in an optimal composition protects the ears of dogs and cats against dust, dirt and bacteria. In addition, earwax keeps the eardrum supple. However, if the composition deviates, this can also have adverse consequences for the health of your pet. Many dogs and cats suffer from an accumulation of wax in the ear canal.

The most common causes of earwax buildup:

If the ears are not cleaned in time, the wax can mix with dead skin cells and dirt. It then becomes a breeding ground for bacteria, fungi and mites. An itchy or painful ear infection is often the result.

Preventing ear infections in dogs and cats starts with regular inspection and cleaning of the ears. In addition, the use of an ear cleaner specially developed for pets is recommended. Many vets recommend using an ear cleaner that:

is free of chemical ingredients
does not contain alcohol. Although alcohol kills the bacteria in the ear, it stings and irritates the ear canal

DermaOtic
DermaOtic is a pH-neutral ear cleaner from the Derma-Prescription line with a cleansing and disinfecting effect, without irritating the skin. It can be used both preventively and curatively, for example for good hygiene and care of the external auditory canal or to support a treatment against ear infections.